View a list of all the Categories on one page

View all the templates across all the Categories

This was an Employment Tribunal case of Plant v API Microelectronics Ltd. It showed how important it is to have the right policy documents in place and to make sure they are communicated.

The dismissal of an employee was found to be fair because there was a policy that had been clearly communicated. Had this not been the case, the dismissal would have been unfair!

The case involved the dismissal of a long-serving employee following derogatory comments about her employer on Facebook.

API had a social media policy which contained a list of unacceptable social media activity, among which was posting comments which could damage the Company’s reputation.

The policy also highlighted that conversations between friends on Facebook were not truly private as they could be copied and forwarded on to others. The policy provided that breaches could lead to disciplinary action and that serious breaches would be regarded as gross misconduct, leading to dismissal.

Mrs Plant (the employee) had worked for API for 17 years and had never been subject to any disciplinary action. Following news of a possible office relocation, Mrs Plant posted comments on her Facebook page. This post mentioned her employer and job title twice – one stating her job title as ‘general dogsbody’ with a comment ‘PMSL [pi**ing myself laughing] bloody place I need to hurry up and sue them’. At the subsequent disciplinary hearing, her defence was that she didn’t realise her Facebook page was linked to API’s technology and that the comment wasn’t aimed at the Company. API decided to dismiss her, and this was upheld on appeal. She claimed unfair dismissal.

The tribunal noted that Mrs Plant accepted that her comment was in breach of API’s social media policy stating “the Claimant was aware of the Policy and one assumes she read it, she must have been aware what was and what was not allowed. The Claimant would have been aware of the consequences if she breached that policy. Despite this her profile referred to her position within the respondents as an operator and dogsbody.  It was clearly a description of her job that was derogatory and insulting, if not to the respondents, certainly to her colleagues occupying the same position”. 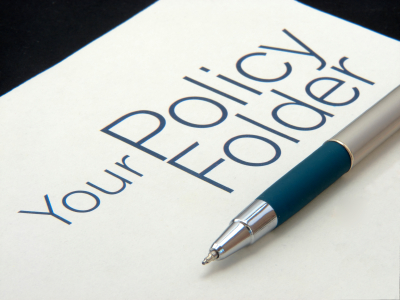 This case illustrates the benefits of having well drafted and clearly communicated policies.

The tribunal here said that employees ‘must have been aware’ of the policy and what was and was not allowed. A belt and braces approach would be to have YourHR.space, so you could do regular reminders about policy documents and even electronic sign-offs by staff to confirm they have read the policy.

What your policy actually says is also important. In an older case Walters v Asda ET 2312748/08, the social media policy only categorised breaches of the procedure as ‘misconduct’ and not ‘gross misconduct’ and therefore they lost an unfair dismissal claim as dismissal was not one of the consequences outlined in the policy – and therefore this was unfair – (even though the employee said she would like to hit customers on the back of the head with a pickaxe)!